A compensation claim for falling down an opened manhole

Can I claim for falling down a manhole?

Mr X had arrived to the UK shortly before the accident and was working as a newspaper boy in the mornings outside a tube station. As he was walking to work in the early hours of the morning, he fell into an opened manhole down to a depth of about 1.5 metres, sustaining nasty injuries to his leg as a result. The cover of the manhole had been removed and the area had not been fenced off.

There was a van close by and an engineer, but he left the scene of the accident without exchanging details. Mr X was taken by ambulance to St Thomas Hospital. He was later repatriated to Spain with his family.  After a long period of rehabilitation in Spain he was left with mobility restrictions.

Mr X instructed Isidoro Bonilla of Levenes Solicitors to make a claim without knowing clearly against whom the claim could be made. Investigations were made to try to identify whom was to blame but as no one party accepted responsibility, Levenes commenced court proceedings against 6 Defendants who could have accessed the manhole cover until one of them admitted involvement.

This is a situation to be avoided, if possible, because of the increase in legal costs which occur when multiple defendants are potentially liable but having not been able to say which party it was, we were left with no choice.

The issue of proceedings often has the effect of focussing the mind. In this case, one of the Defendants did accept responsibility and this meant that the claim could proceed against them and be discontinued against the others.

Due to the complexity of Mr X injuries and some pre-existing conditions Levenes obtained medical evidence from various experts in order to be able to provide evidence of the injuries and their effect upon Mr X. We were then able to negotiate a substantial settlement for Mr X, which is helping him and his family to carry on with his life.

Our specialised lawyers can help accident victims recover their compensation. You will need expert advice on what actions can be taken to obtain accident compensation. You can trust the experience and expertise of our team of professional serious injury solicitors to win the maximum amount you are entitled to.

Sometimes it is not obvious whom the claim can be made against. With Levenes, you can expect us to investigate all possibilities to try to achieve the right result. Sometimes this means having to issue proceedings to get a fair result for our clients.

You can trust in the experience and knowledge of our team of professional injury lawyers to ensure that you receive the maximum amount of compensation that you are entitled to. 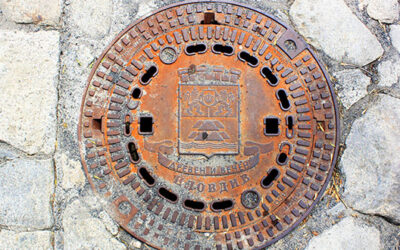 A compensation claim for falling down an opened manhole

Sevim, I am grateful for all your help and hard work in receiving the best outcome. Samet