Levenes Personal Injury Solicitors were successful in a personal injury claim for motorcyclist, Enrique Leon Hernandez, in the High Court following a 3 day trial in January 2019.

Mr Hernandez was riding his bike along Victoria Park Road on 28th June 2014. It was a fine day. He had collected his bike, a vintage BMW R80 earlier that day. Victoria Park Road is a one way street. As he approached a side road on the left, the driver of a BMW car pulled out of the side road in to the path of the motorcycle. Mr Hernandez suffered a spinal cord injury as a result of the collision.

The Defendant edged out from the side road giving himself a view of 40 metres up the road to his right. The Claimant’s case was that the Defendant did not take proper care to ensure that the road was clear before he pulled out. The Defendant’s case was that Mr Hernandez was speeding. In fact, the police thought that he was riding at 58 mph in a 30 zone based on CCTV footage which captured the rider as he was approaching the scene. Although this was the speed given by the police, it was accepted by both sides at the trial that this calculation of speed was incorrect.

At the trial, the Defendant alleged that Mr Hernandez was riding at 51 mph which was 21 mph over the speed limit at the time. There was an independent witness to the accident but her evidence was found not to be reliable. The CCTV was analysed by the experts who agreed that the speed was in a range of 45-49 miles per hour. The trial judge, Master Davison, concluded that the Claimant was travelling at “at least 45mph and probably nearer 50mph”.

Master Davison found that the car driver was negligent. It was not sufficient for the defendant to edge out to the point where he could see to approximately 40 metres up the road. The judge also found the motorcyclist to have been negligent because of his speed. He apportioned liability 60/40 in the Claimant’s favour.

Mr Hernandez was represented by Tim Beasley, Partner, Head of Catastrophic Injury Claims and Solicitor, Isidoro Orea Bonilla. Tim said “This was a fair result based on the evidence that the court heard at the trial. When we took on this case, we were faced the difficult prospect of fighting a case for a motorcyclist said by the police to be riding at 58 mph in a 30 zone. This case shows that where there is CCTV you should not take the police assessment of speed at face value and get that evidence analysed. Another curious feature of this case was that in the course of the trial we were able to play to the judge a video of a driver emerging from the side road in textbook fashion. Ironically, when the police were interviewing the witness in the police car at the scene, one of the cameras on the police car captured footage of a van emerging from the very same road, edging out carefully and only driving in to the stream of traffic when the driver had a clear view. The Defence team had this footage but seemed not to have properly considered it.”

The court did not consider the amount of damages to be awarded to Mr Hernandez. This will be decided at a later date.

A link to the judgement is here: Hernandez v Acar 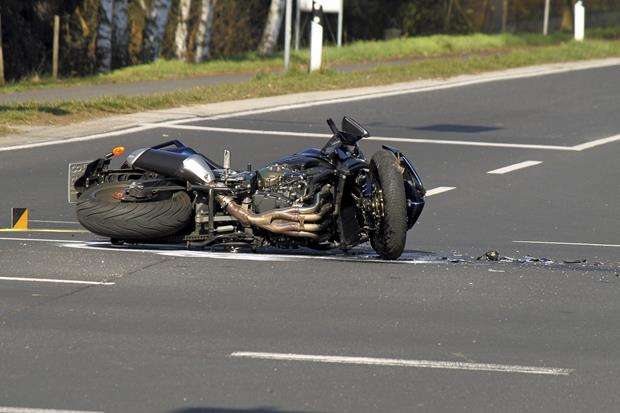 I do want to thank you very much for all you did in handling our case and taking us through what was a difficult journey, particularly for me. I found it very emotional and frustrating a lot of the time, and you handled the situation (and me and my husband!) very well, and I am genuinely unsure anyone else would have been able to do that. I appreciated you were so approachable and I could be entirely honest with you, and air my frustrations, and you could take all that in your stride and as ever be professional. Thank you. Mrs Heeley